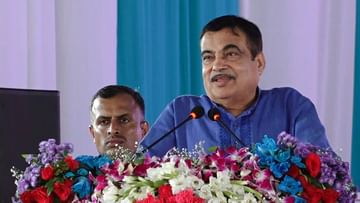 We accept any person with any merits or demerits. Then changes it. This is nation building. He also said that India is progressing rapidly in the world.

What is Secular?; Nitin Gadkari said the meaning of volunteers

Gajanan Umate, Nagpur: Union Environment Minister Nitin Gadkari (nitin gadkari) by direct team (rss) Secular for volunteers only (secular) has explained the meaning of this word. The word secular means respect all religions, said Nitin Gadkari. Gadkari was speaking at the Bharat Raksha program of the Sangh. No matter how much a weak person talks about peace and non-violence, people do not take it seriously. Gadkari said that when a powerful person speaks, people listen to him.

Good things are not forthcoming. But Nitin Gadkari also said that if something is said in excitement, it will be shown on TV repeatedly. Nationalism is the most important. We are working with the dream of making the country top in all fields. We are working according to the mantra of Antyodaya given by Deendayal Upadhyay. We have adopted the concept of Vasudhaiva Kutumbakam. Nitin Gadkari said that it is not just me who should be well-being, everyone should be well-being.

We accept any person with any merits or demerits. Then changes it. This is nation building. He also said that India is progressing rapidly in the world.

My health was not good a few days ago. While giving information about his health, he said that I am doing pranayama for an hour every day.

At this time, Gadkari also told about his earning fund. He explained how we get financial benefits. My programs are coming on YouTube. He also informed that I get two and a half to three lakh rupees per month from it.