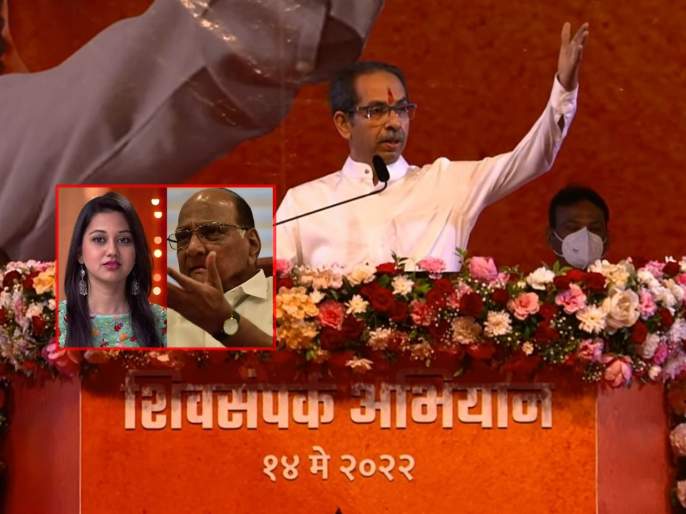 Mumbai: A case has been registered against actress Ketki Chitale, who was working in a series on a television channel, for criticizing senior NCP leader Sharad Pawar in offensive language. Babasaheb Patil, state president of NCP’s film and cultural department, has lodged a complaint in the cyber police station. Earlier, a case was registered against Ketki at Kalwa in Thane. The NCP was seen attacking Ketki on social media. So, the Chief Minister also attacked Ketki Chitale, saying that a woman had spoken against Sharad Pawar.

Actress Ketki Chitale has posted a poem on social media. Through this poem, she has criticized NCP President Sharad Pawar in offensive language. Since then, the NCP has been aggressive and Ketki Chitale has been arrested. Ketki was arrested by Thane police and an incident took place outside Kalamboli police station where NCP women office bearers threw eggs at her. It is noteworthy that Chief Minister Uddhav Thackeray also spoke against a woman Sharad Pawar at a meeting in Mumbai, without mentioning Ketaki’s comment.

A woman said something about Sharad Pawar, it is a very strange comment. Are your parents, grandparents, siblings at home or not? Whether or not the rites happen to you. No matter what happens, what is your relationship, who are you talking to, what are you talking about, if this is your statement then what will happen to your children tomorrow. That which is civilized, is passing through the country and the state. Uddhav Thackeray criticized Ketki Chitale without mentioning her name, saying that all these strange things should be avoided.

What do you think Hindutva is? We went with the Congress and it was revealed that we did not take the oath of office like you.

An actress named Ketki Chitale has written an offensive post about you, Sharad Pawar was told at the press conference. Pawar was also informed that Ketki Chitale had been taken into custody. “I did not know any such person at that time,” Pawar said. I don’t know a person named Ketki Chitale and I have no idea what she has done. It would not be appropriate to comment on what she did when she did not know, said Sharad Pawar. At a meeting a few days ago, he referred to a poem by the poet Jawahar Rathore. Pawar said that a different picture was presented by some.

Maharashtra Navnirman Sena president Raj Thackeray has criticized Ketki’s post. This writing has no place in the culture of Maharashtra, in such words Raj has commented on Ketki’s post. Raj has clarified his role by tweeting a leaflet. It was pointed out to us that a person named Ketki Chitale had gone to a very low level and published a post on Facebook writing something like verses in dirty words. Below is the name of something like Bhave etc. This writing has no place in Maharashtra culture. We strongly protest against this, ‘said Raj in a statement.