Tejas Fighter: India is getting ready to sell fighter jets.. Many countries including Malaysia are showing interest in buying them India Offers To Sell Malaysia Trainer Variant Of Tejas Fighter IV News 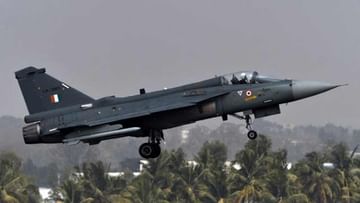 Our country is also getting ready to sell the warplanes it is making. In this context, Malaysia is showing interest in buying these fighter jets.

India To Sell Tejas Fighter: Until now, India, which has depended on foreign countries in the field of defense, is hoping that the central government will gradually not depend on indigenous manufacturing. Accordingly, it has focused on indigenous aircraft manufacturing. As part of this, our scientists are developing various types of weapons and aircraft used in the defense sector. At present, HAL is manufacturing fighter jets under the name of Tejas with indigenous knowledge. These planes will be available next year. Our country is also getting ready to sell the warplanes it is making. In this context, Malaysia is showing interest in buying these fighter jets. The Royal Malaysian Air Force has sent proposals for the purchase of 18 trainer variant aircraft of the Light Combat Aircraft (LCA) “Tejas”. India responded positively to this.

This is the first aircraft of this type since 1983. Other countries have focused on these fighter jets. Argentina, Australia, Egypt, the United States, Indonesia and the Philippines are also showing interest, the Defense Ministry said on Friday. The central government last year awarded a $6 billion contract to Hindustan Aeronautics Ltd to manufacture 83 Tejas jets. With this, this company is currently manufacturing fighter planes under the name of HAL.. Tejas.

Prime Minister Narendra Modi’s government, which hopes to reduce India’s dependence on foreign defense equipment, is also making diplomatic efforts to export the jets. As India focuses on manufacturing its own fighter jets, other countries are also coming forward to help in this regard. In April, Britain said it would support India’s aim to build its own fighter jets. Russia has also announced that it will manufacture aircraft in our country and also provide related technology.

Check out the latest news highlights

Satellites no longer usable as they were placed into wrong orbit: ISRO: History is not! AzaadiSat made by students ended up in orbit ...