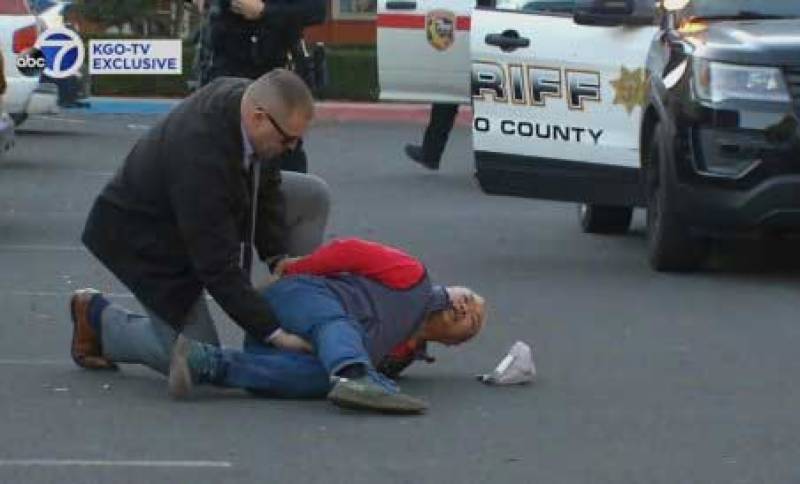 HALF MOON BAY – An Asian farm worker was in custody Tuesday after seven of his co-workers were killed in front of children at locations in California, days after a mass shooter killed 11 people at a New Year’s party near Los Angeles.

The latest bloodshed involving Asian Americans in California occurred in two towns around Half Moon Bay, a coastal community near San Francisco.

San Mateo County Sheriff Christina Corpus said seven people were killed and one was injured in the twin shootings, and that a 67-year-old Half Moon Bay resident named Chunli Zhao had been arrested.

As the new tragedy unfolded, detectives in the state’s southern tip were still investigating what led an elderly Asian immigrant to shoot dead 11 people gathered to celebrate at a suburban dance hall — before killing himself as police closed in.

Both suspects used semi-automatic handguns in their attacks, and both appeared to be related to at least some of their victims.

Corpus said deputies were dispatched to two preschools around Half Moon Bay, a rural town south of San Francisco, around midday Monday. Four people died in one of them and one was critically injured.

“Soon after, three more victims were also found dead with gunshot wounds at a separate shooting location,” she told reporters. “There are also people who live locally… it was in the afternoon when kids were out of school and for kids to witness that is unimaginable,” she said.

Corpus said Zhou then drove to the sheriff’s substation in Half Moon Bay, where ABC7 crews captured dramatic footage of his arrest as he was dragged to the ground by armed officers.

“Zhao was taken into custody without incident and a semi-automatic handgun was in his vehicle,” Corpus said. Reports suggest that the dead were Chinese farm workers and that Zhao worked on one of the farms.