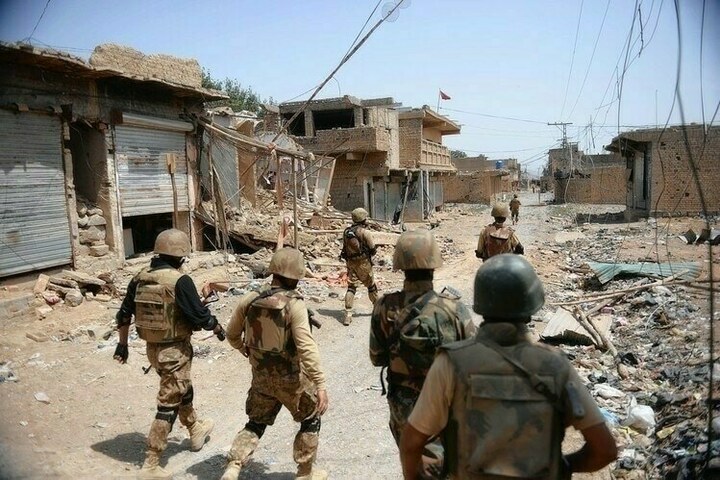 Two terrorists were killed by Pakistani Army personnel during a gunfight in Khyber Pakhtunkhwa’s Lakki Marwat district, the media affairs wing of the army said on Friday.

“Army jawans witnessed and engaged the movement of terrorists in the general area of ​​Sheikh Badin Parvat, Lakki Marwat. During the exchange of fire, two terrorists were killed,” the Inter-Services Public Relations (ISPR) said.

The ISPR said arms and ammunition have also been recovered from the slain terrorists.

The slain terrorists were actively involved in targeted killings and terrorist activities against the security forces.

Earlier on Wednesday, a Pakistani Army jawan was killed in a cross-border attack from Afghanistan by terrorists on soldiers stationed in Dwatoi, a general area in North Waziristan district.

The constable has been identified as 34-year-old constable Nazar Muhammad, a resident of Jafrabad. “Terrorists from inside Afghanistan opened fire on Pakistani troops in the general area along the international border,” an ISPR statement said. Pakistani troops retaliated “completely”.

“According to credible intelligence reports, the terrorists have suffered heavy casualties in the firing of their own troops,” the statement said.

“Pakistan strongly condemns the use of Afghan soil by terrorists for activities against Pakistan and expects that the Afghan government will not allow such activities to be conducted in future.”

It said that the Pakistani Army is determined to defend Pakistan’s borders against the menace of terrorism, emphasizing that the sacrifices of the brave soldiers further strengthen the resolve of the soldiers.

The decision of housing societies not to pick up garbage should be cancelled; MLA Laxman Jagtap’s notice to the commissioner housing society...

Bharat Jodo Yatra App launched, in this way you can also become a digital traveler, you will also get a certificate IV News

Shashi Tharoor: Are you going to meet some people separately in Hyderabad? IV News