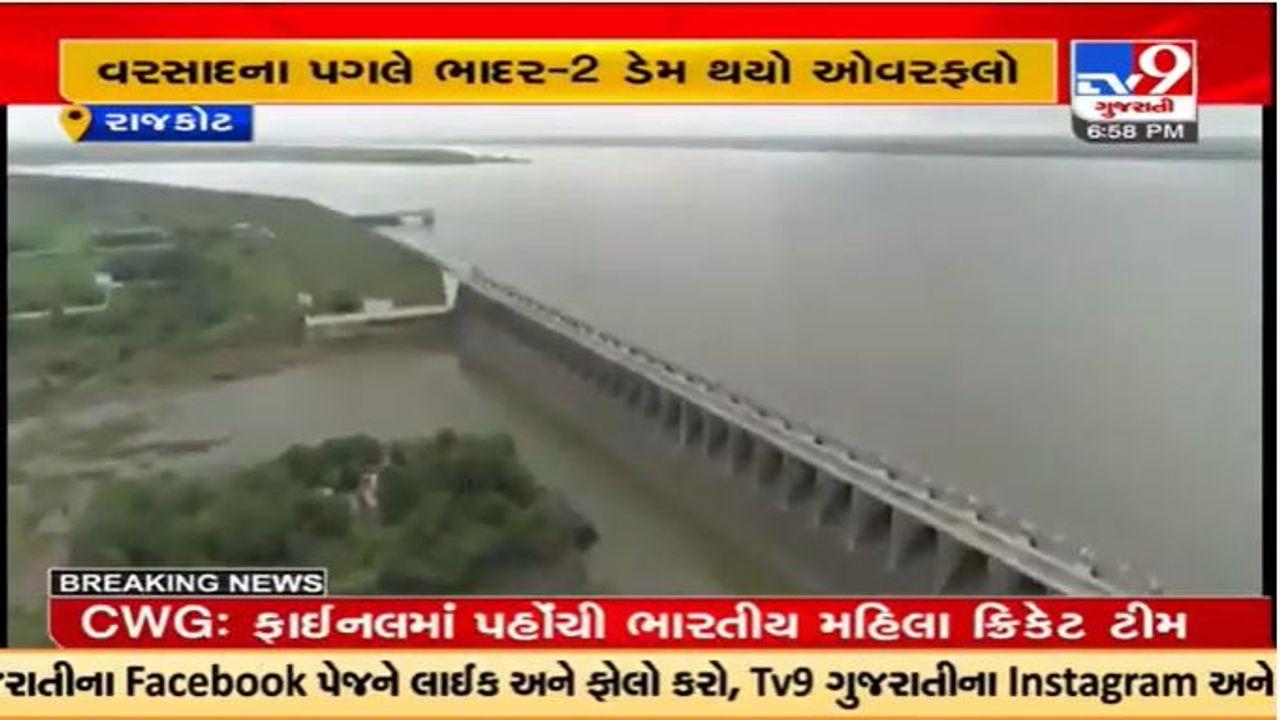 In Gujarat (Gujarat) Maharajas in Saurashtra(Monsoon 2022) The second round has started. In which there is significant rain in the second round(Rain) In 17 demos of Saurashtra, half to 6 feet of new neer has been received. Also, 0.26 feet of water has been received in Bhadar-1 Dam and 0.82 feet in Bhadar-2 Dam. While Vena-2 dam has recorded 0.16 feet of new water inflow. As many as 5 dams in Morbi district have also received significant water. 57 dams in the state are on high alert, which are more than 90 percent full. 10 reservoirs which are 80 to 90 percent full are on alert. Besides this, 16 dams which are 70 to 80 percent full are on warning. There is no notification for reservoirs less than 70 percent full.

Gujarat will witness light gusts and scattered rain in some areas for the next 5 days. On August 8, heavy rain will occur in Saurashtra Kutch and South Gujarat in Gujarat. In which there will be heavy to very heavy rain in Valsad, Daman, Dadra Nagar Haveli. While Bhavnagar, Amreli, Gir Somnath, Junagadh, Rajkot and Porbandar in Saurashtra are likely to receive heavy rain.

Option of small expansion; The fate of Cabinet expansion even on the hearing before the Election Commission? IV News

FIR on the parrot? Why did the neighbor have to file a police complaint against the parrot? | Parrot whistles seeing...

Pati Patti Aur Wo: The girl who spent the night with her husband was beaten by the wife and brother-in-law girl beaten by...