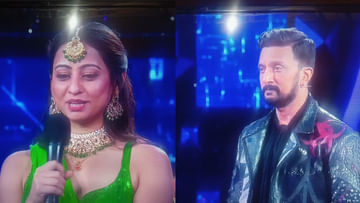 Bigg Boss OTT Kannada: Kiran does yoga along with dance. Yoga is taught to many. Because of this he is known to many people. He came to Karnataka from Rajasthan and learned Kannada.

Bigg Boss OTT Kannada Season 1: This time ‘Bigg Boss OTT’ is witnessing many special features. Social media stars along with cinema and television have been invited here. Kiran Yogeshwar is one of them. He is from Rajasthan. He has entered ‘Bigg Boss OTT’. Sudeep is impressed after hearing his Kannada.

‘I have worked hard. That is why I am here now. I can’t believe it. My family is in a village. Didn’t know city life. My family is a typical Rajasthani. He said he will get married at a young age. I left home at the age of 17. The hotel worked,’ said Kiran.

‘I started traveling solo. I became famous by dancing. I am currently in Bangalore. I have traveled around India. In the beginning I had no confidence. I believe that success is the best revenge. Many people saw me at the party,’ said Kiran.


Kiran does yoga along with dance. Yoga is taught to many. Because of this he is known to many people. He came to Karnataka from Rajasthan and learned Kannada. Hearing his Kannada, Sudeep expressed his appreciation. He also said to go home and speak Kannada better. It remains to be seen how he will perform in the Bigg Boss house.

Attempt To Kill | attempt to kill a relative IV News

Letter to Editor: Will the terror of ED continue? IV News

Surat: A stock market broker cut short his life due to the mental torture of usurers IV news