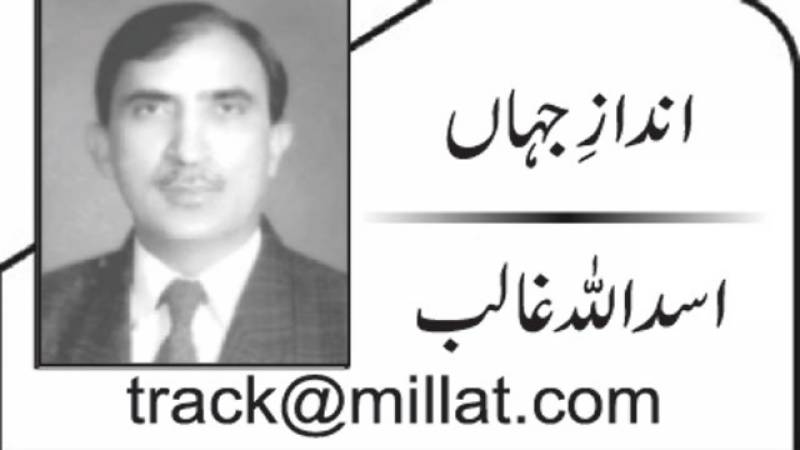 Prime Minister Muhammad Shahbaz Sharif said he was ready to discuss the solution of all disputes with India, including the Kashmir issue, when he gave an interview to the United Arab Emirates TV news channel “Al-Arabiya”. -ongoing disputes so that both countries can devote their resources to eradicating poverty and unemployment as well as quality education and health facilities instead of an arms race, but for this it is necessary for India to withdraw its unilateral illegal action on August 5, 2019. Because negotiations with India is not possible without canceling the illegal operation on August 5, 2019.

Prime Minister rightly said that India is our neighbor, though we did not become neighbors by choice, now it is our turn to live in peace and prosperity, Pakistan has learned from the past, three wars between Pakistan and India. These wars have led to increased poverty, unemployment and loss of life for millions of people. My message to the leadership of India and Prime Minister Modi is to sit with us at the same table and resolve all outstanding issues. Serious human rights violations are taking place in occupied Kashmir, these should stop and the message should go to the world that India is ready for talks. We are fully ready for negotiations. However, the rights of Kashmiris were unilaterally terminated by initiative on August 5, 2019. He said that my message to the Indian leadership is that by ending the conflict, we can use our resources to eradicate poverty, unemployment, better facilities for health and education. instead of an arms race. Both countries are nuclear powers. I asked Muhammad Bin about Zayed that he can play a key role in this regard. It’s in front.

Pakistan and India should resolve their bilateral issues, especially the core issue of Jammu and Kashmir, through dialogue. Negotiations are not possible. According to the clarification issued by the Prime Minister’s Office on Tuesday, the resolution of the Kashmir issue should be in accordance with the United Nations resolutions and the aspirations of the people of Jammu and Kashmir.

Muhammad Shahbaz Sharif said that the survival and coexistence of this world depends on peace, the price of food and drink in the world has reached the highest level which is more than imagined, the world should get out of the arms race, China and America. Pakistan is a bridge between He said that there is no doubt that Pakistan is facing the worst economic challenges, we will face these challenges, overcome these challenges with hard work and sacrifice, our friendly nations are helping us, Germany, Japan was completely destroyed, but Japan has achieved a prominent position in the world today through its hard work, this is a message to our brothers and sisters in Pakistan that just as the Gulf countries turned sand into gold, Saudi Arabia is gaining momentum in the world. Among developing countries, it is important for us to learn with the same diligence and dedication that is being done under the leadership of Mohammed bin Salman and Mohammed bin Zayed.

There is a special relationship between the United Arab Emirates and India, in light of which Prime Minister Shahbaz Sharif has approached the head of the Emirates to start negotiations with India. The UAE is now in a position to put pressure on India. and do so to convince that discussions should begin on all outstanding issues in Pakistan, including Kashmir, so that both countries can devote their national resources to the welfare of the people instead of wasting them on war preparations. Negotiations with India are possible only if they withdraw the illegal, illegal action of August 5, 2019. Because at this time, due to the tragedy of August 5, trade between the countries has also stopped.

It is to be seen how sincerely India is sitting on the negotiation table with Pakistan. Negotiations between Pakistan and India have a long history. The composite negotiations continued, they continued to break down, US President Bill Clinton brokered a ceasefire between the two countries after Kargil, then he admitted that he would resolve the Kashmir issue personally. But alas! India did not listen to US President Bill Clinton, in recent years India has done surgery on Pakistan and there was a big conflict, then the Security Council emphasized in its special meeting that the Kashmir issue should be resolved to bring peace to the continent, it should be resolved and take the resolutions of the Security Council into consideration for this.

Several international human rights organizations are also urging India to stop violating the human rights of Kashmiris. But India insists on not agreeing. General Musharraf, who fought in the Kargil war, also tried to hold peaceful talks in Agra, which were blocked by the head of the Indian delegation, LK Advani. Indian demands have destroyed the peace in the continent and all dreams of establishing peace have proved unfulfilled. Now, however, the Prime Minister of Pakistan has specifically directed the head of the United Arab Emirates, Muhammad bin Zayed, to intervene in this matter and resolve the disputes between Pakistan and India by playing his special role. May God make their mission successful.