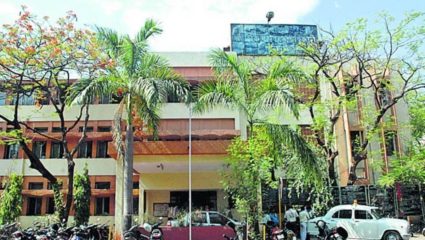 no investigation, no action

The city sells over 18,000 auto rickshaws, several two-wheelers and four-wheelers every day. In such a situation, from their registration to many other works are done in both the RTO office, but due to the absence of senior officer, the entire work has come to a standstill, which is also going on, it also looks like God trust. The new tariff rate for the city’s auto rickshaws has been fixed at Rs 18 and everyone has also been ordered to get their meter calibration done, but even after several days have passed since the order was issued, thousands of autos are plying at the rate of Rs 14 only. The reason for this is that the calibration investigation in the RTO office is cold. Similarly, actions like checking of over-seat auto rickshaws, private passenger vehicles, trucks etc. are not being done. Apart from these, the arbitrariness of agents is also crossing the limit in issuing licenses and permits.

Vidarbha Auto Rickshaw Drivers Federation President Vilas Bhalekar said that the absence of a senior officer is making the functioning of the department worse. Even today, meter calibration is not being done in thousands of auto rickshaws. Then one day suddenly the senior officers will threateningly explode the bomb of challan action on the auto rickshaw drivers. Correspondence has been made on behalf of the Federation to the Principal Secretary and Commissioner of Transport Department regarding the appointment of RTO officer and Deputy RTO. It is expected that soon the RTO officers will come to Nagpur city so that the work of the department can pick up pace.