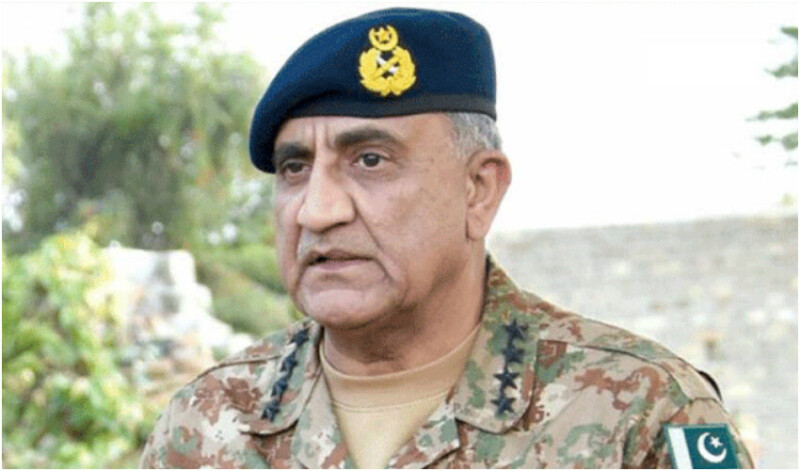 General Qamar Javed Bajwa addressing the Defense Day and Martyrs Day ceremony at the Headquarters Rawalpindi said that the families of the martyrs will never be left alone, Pakistan Army will make every effort to fulfill all their worldly needs, as the Army Chief. Pakistan army. I went to the homes of thousands of martyrs, but it is good that I always raised the morals of the families of the martyrs, which also strengthened my morale. I assure you that I cannot reward your sacrifices, but the sacrifices of your loved ones. It will not be allowed to go in vain.

The army chief said that the first task of the army is to defend its borders, our soldiers are always ready to defend their motherland, Pakistan army has served the nation beyond its mandate, the secession of East Pakistan is not military. political failure.

General Qamar Javed Bajwa said that the main mission of the army is to protect the geographical borders of the country, but the Pakistan Army is always busy serving the nation beyond its capacity, be it Recodec or Karke’s punishment, loss of FATF or the country. Be it whitelisting, FATA integration, border fencing, providing cheap gas from Qatar, fighting Covid or eradicating locusts or flood relief, the army has always gone beyond its mandate. What is the work?

Pakistan army chief said I assure you that despite all this the army will never neglect its primary mission of fighting terrorism. Today thousands of our martyrs stand behind the peace in our villages and cities. Which can never be forgotten. The nations that forget their martyrs are destroyed.

General Qamar Javed Bajwa said it is related to our past performance in East Pakistan in 1971. I want to correct some facts here, former East Pakistan was not an army but a political failure, the number of soldiers who fought there was not 92 thousand but only 34 thousand, the rest were employees of various government agencies. These 34,000 troops were against 2.5 lakh Indian soldiers and 2 lakh trained residents of Mukti Bisham.

The army chief said that our army fought very bravely in East Pakistan and made unparalleled sacrifices, which has been acknowledged by Indian Army Chief General Manik Shah himself. The sacrifices of these brave martyrs and veterans have not been recognized by the nation till date, which is a great injustice. I pay respect to all these martyrs and veterans and will continue to pay respect. It should be.

General Qamar Javed Bajwa said that the Indian Army violates most human rights in the world but its people criticize them more or less unlike our army which is busy day and night in the service of the nation. The main reason for this, in my opinion, is the military’s interference in politics in various forms that contradict the constitution.

General Qamar Javed Bajwa said it was the right of political parties to criticize the army, but one should be careful in choosing and using words. By creating a fake and false narrative, a tense situation was created in the country and now this false narrative is being used to escape.

Pakistan army chief said that army top leadership is called inappropriate titles, I want to make it clear to you that army leadership can do anything but cannot go against the interests of the country. an outside conspiracy and the army sits idle, it is impossible, but a great sin.

The army chief said that those who think they will create a gap between the army and the people will always fail. The military leadership had many opportunities and resources to respond to this inappropriate invasion, but the military showed courage in the greater interests of the country and refrained from making any negative statements.

The army chief said that in February last year, the Pakistan Army decided after much deliberation that the army will not interfere in any political matter in the future. I assure you that we are committed to this and will continue to be, but instead of celebrating this constitutional process, many parties have criticized the military and used very inappropriate and vulgar language. .

General Qamar Javed Bajwa said that everyone should remember that there is a limit to this patience, I want to forgive this insulting and inappropriate behavior against me and the army and move on. And parties come and go but Pakistan must be forever.

Pakistan army chief said that army has started its catharsis, it is hoped that political parties will also review their behavior, it is also a fact that mistakes have been made by all institutions, political parties and civil society in Pakistan. We must learn from these mistakes and move on.

The army chief said that I can say with certainty that Pakistan is facing serious economic problems today, no political party can bring Pakistan out of this economic crisis, because this political stability is necessary, along with this we need democracy. Understanding its spirit and understanding the climate of intolerance, one should adopt a true democratic culture in Pakistan.

General Qamar Javed Bajwa said that in the 2018 general elections, some political parties gave the winner the title chosen on the pretext that RTS is sitting. After losing the government in 2022, one party branded the other as imported, that attitude must be rejected.