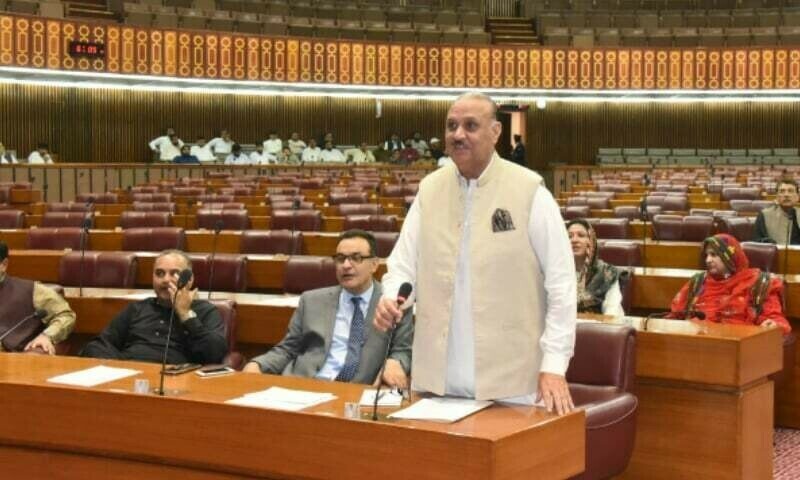 The Lahore High Court (LHC) on Saturday directed Speaker Raja Pervez Ashraf to rule on the matter within 30 days, while hearing a petition seeking the sacking of Leader of Opposition of the National Assembly Raja Riaz.

On 4 August, advocate Munir Ahmed filed a case in the Supreme Court alleging that Raja Riyaz was named leader of the opposition without consulting PTI, which remains the single largest party in NA as the speaker has yet to replace all its MLAs. The resignation has not been confirmed. That Riaz was appointed Leader of the Opposition, bypassing norms and regulations, with “collusion” of the current administration, and that the appointment was intended to bring about a change in his selection to the NAB and the Election Commission of Pakistan.

After the departure of PML-Q MNA Moonis Elahi, Riyaz and GDA MNA Ghosh Baksh Mahar joined the race for the opposition leader’s seat.

The disgruntled PTI MNA had filed an application in the National Assembly Secretariat, signed by 17 MLAs, requesting nomination as the Leader of the Opposition.

+The LHC directed that a copy of the petition be sent to the NA speaker and that it treats it “as an element of the submission filed on behalf of the petitioner” in its two-page formal statement issued today.

Surat: A stock market broker cut short his life due to the mental torture of usurers IV news

Preparing to build Bombay in Lahore! Mohammad Ali Jinnah’s sister is making a show, know all information in just one click IV news

Dues to price hike, Badal, Trinamool is against the Center even on the last day of the session IV news