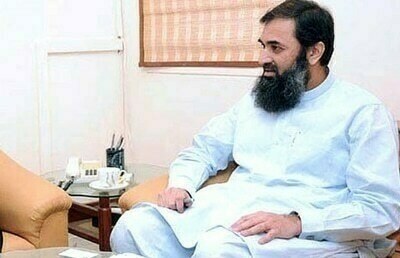 Lahore: Punjab Governor Muhammad Balighur Rahman said on Saturday that insha Allah, inflation will come down in the coming days and people from other sectors will be given more relief.

Talking to a delegation of social media team led by Governor Punjab Digital Media Coordinator Hasan Malik, he said that irresponsible news on social media should be discouraged.

“We took the difficult decision of coming to the government with allies to save the country from bankruptcy,” he said, adding: “The government is taking steps to provide relief to the people in various sectors, including the Kisan package for farmers.

He said that in the previous tenure of Muslim League (N) the inflation rate was very low and the economy was better.

He said that the Muslim League (N) always increased the funds of the Higher Education Commission and gave laptops to the youth to adapt to the demands of the modern world.