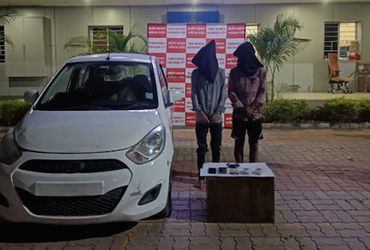 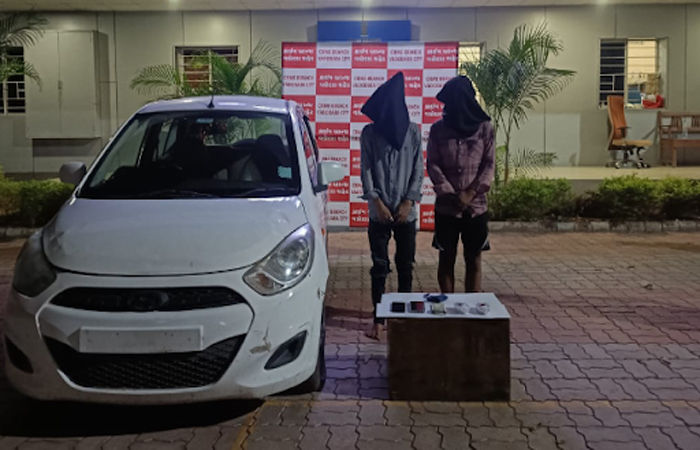 In Vadodara city, the crime branch team has caught the gang, which is again breaking achhoda in cars instead of bikes. Both Sagari confessed to breaking two Achodas in Vadodara in one week.

Using a car instead of a bike to avoid the police

In Vadodara, there is a blockade and checking to catch the miscreants riding motorcycles. Achoda Todo has started using cars instead of motorcycles to evade the police as bikers are kept under special watch by the police.

The intruder gets into the car and escapes

Until now, they used to break Achhoda on bikes. In which the role of the person sitting behind was the main one. But since CCTV cameras have been installed at various locations in the city, incidents of break-ins were captured on live cameras. So Achoda Todo has started coming in the car now. The driver stands at a distance and the intruder runs away in the car.

In Waghodiarod and Sama, two Achodas were broken by the same method

Before the start of Navratri, two incidents of the same method took place in Vadodara’s Waghodia Road area and then on Sama Road. In which a white car was used, the police searched the car. For this, the police used CCTV and human sources.

A team of Vadodara Crime Branch was checking a suspicious car from Bahucharaji Road area yesterday when the two men in the car tried to escape. But they were caught. The police investigation revealed that the two suspects were involved in a robbery. And the details of both felling trees in Waghodia Road and Sama area were revealed. One of them was identified as Ritul Amritlal Panchal (Atmiya Heights, Maneja) and the other as Durgesh alias Rayan Rajmal Yadav (Vrindavan Estate, near Pasabhai Park, Racecourse, Vadodara, originally from Rajasthan). was opened.

Among the two cases of burglary, details have been revealed about earlier cases of hammer breaking against Ritul and vehicle choli against Durgesh.