I have come to tell the world about the situation of Pakistan, Prime Minister Shahbaz Sharif IV News 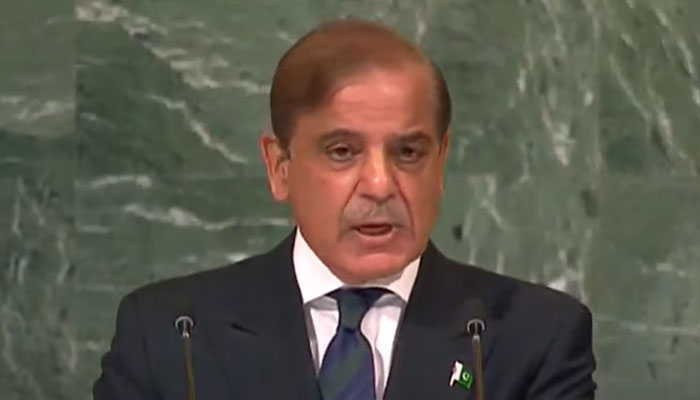 Prime Minister Shehbaz Sharif has said that floods in Pakistan due to climate change have caused havoc.

Addressing the 77th session of the United Nations General Assembly, Shahbaz Sharif said that Pakistan is facing disaster due to floods, which have affected 33 million people.

He said that one-third of the country has been submerged due to the disaster of climate change floods, 650 women have given birth to children in the flood.

The Prime Minister further said that for 40 days and 40 nights there was a flood like the world has never seen, I have come here to tell everyone what conditions Pakistan is going through.

He said that according to preliminary estimates, 4 million acres of crops have been destroyed, 11 million people will go below the poverty level due to floods.

Shahbaz Sharif said that no one can understand the time we are going through, the worry is that when the cameras go away, we will be left alone to deal with the crisis.

He said that we will be left alone to deal with this crisis, for which we are not responsible, Pakistan has never seen such effects of global temperature rise.

The Prime Minister said that Pakistan’s contribution to global warming is negligible, but global warming has separated entire families from each other.

He said that due to global warming Pakistan has become the hottest country in the world, what happened in Pakistan will not be limited to Pakistan.

Shahbaz Sharif said that it would not be wrong to expect climate justice from the world, thanks to the Secretary General of the UN and all the leaders who are with us in this difficult time.

He said that to the extent possible we have devoted our expenses to help the flood victims, the gap between the funds we have and the needs is widening.

The Prime Minister said that I am talking to you, but my heart and mind are still in Pakistan, which is affected by the floods.