Hunting Case | The first incident of hunting from the farmhouse: The gun is stored in the police station, then where did the bullets come from? IV News 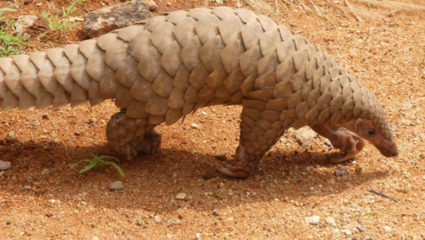 Nagpur. Where did such a huge quantity of gunshots come from at Kondhali Farm House? Who came here and hunted? From this angle the forest department team is carrying forward its investigation. This is the first case of poaching from a farm house. There are a large number of farm houses in the entire area. In such a situation, it is feared that other farm houses will also provide such facilities to the people who are fond of hunting.

The owner of the farm house is a woman whom only women officers are questioning. So far no concrete clue has been given to him. The woman’s husband Yuvraj Gawande is also saying that he is not aware. There is a licensed gun by the name of Yuvraj Gawande but it is deposited in the police station. He doesn’t even have licensed gunshots. In such a situation, the question is, where did such a large number of gunshots come from? This mystery is not solved. Being a matter related to the Arms Act, the team of the Forest Department can soon hand over its investigation to the police.

Farm house manager Roshan Bapurao Kude was produced in the court on Friday after the FCR was over, from where he was ordered to be sent to judicial custody for 14 days. The forest department team took the accused Kude in custody for 3 days and interrogated him. At present the manager is giving a misleading answer. He says that to protect them from dogs, pangolins and rabbits were kept in the drum, but how did the deer horns come? Not answering this.

Pangolin released in the forest

The hunting of wild animals found from the farm house comes under the category of serious crime. Pangolin is a Schedule 1 category wild animal. Its prey is considered similar to that of a tiger. For this there is a provision of imprisonment of 3 to 7 years. Similarly, deer horn was also recovered in huge quantity. Hunting it is punishable by 3 years of imprisonment. Forest department officials believe that electric wires have been recovered from the spot. From this it seems that wild animals would have been hunted even by the current.

Accountability of the accused of May 25 will begin after Muharram, Fawad Chaudhry IV News