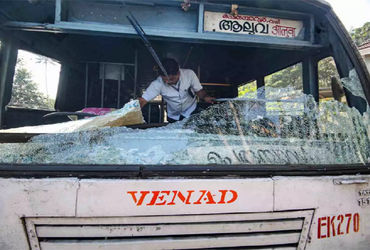 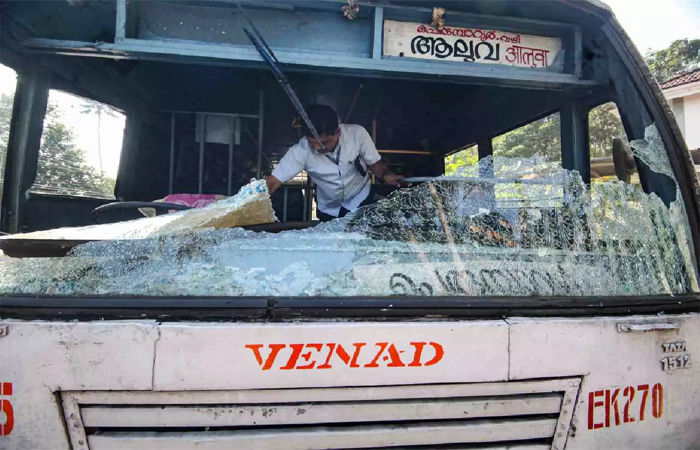 – As the matter escalated, the High Court filed a case against PFI

Thiruvananthapuram: Violence erupted in several places in the state following the announcement of a day-long strike by the Islamic outfit Popular Front of India (PFI) in Kerala on Friday. Incidents of stone pelting on transport buses, damage to shops and vehicles and riots have been reported across the state.

Seeing the worsening situation, the High Court has issued a spontaneous order ordering the police to take stricter action against the rioters.

About 70 cooperative buses have been damaged in different parts of the state. Bombs were also hurled at several places and the RSS office in Kannur in North Kerala was attacked by rioters. More than 200 PFI workers have been arrested for this violence. In some places, even stones have been pelted on ambulances. 12 passengers and six drivers were injured in the violence.

The Kerala High Court has taken note of the strike call by PFI and the violence that broke out in the state. The High Court said that we have already been banned from the strike. Damage to public property should not be allowed. Also, the state government has been ordered to take strict action against those who violate the strike ban order.

Apart from this, the High Court has ordered the police to file a case against Abubakar, the state general secretary of PFI.

It is well known that Abubakar himself called for a statewide strike on Jumma Day (Friday) on Thursday itself to protest the arrest of PFI officials in nationwide raids on Thursday.

Criticizing the police’s weakness in quelling the riots, the opposition BJP said the police had meekly surrendered to the extremist outfit.

A bomb was hurled at a van carrying a newspaper in Kannur. In that district itself, the police arrested a PFI worker carrying two petrol bombs. A 15-year-old girl was injured after stones were pelted on a vehicle in Kozhikode. Bike-borne assailants hit a stationary police vehicle in Kollam, injuring a policeman.

Police said, almost everywhere the attackers had tied a mask to cover their mouths. So that it becomes impossible to identify them.