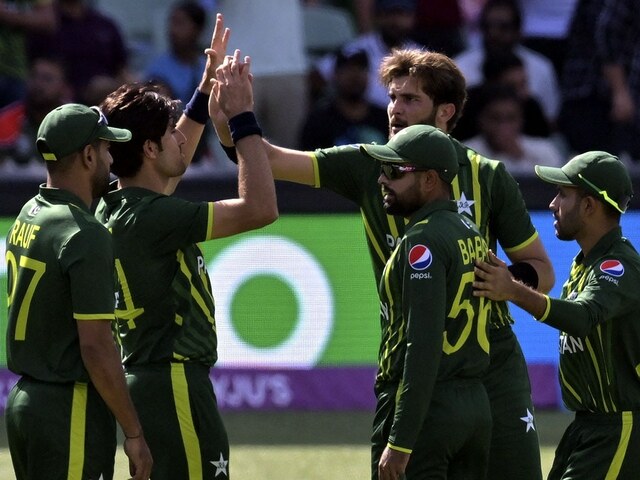 Adelaide: Everything went Pakistan’s way on Sunday after reaching the semi-finals of the T20 World Cup with a five-wicket win over Bangladesh but the Netherlands knocked South Africa out of the qualifying race.

Chasing a modest 128 for victory in Adelaide, Pakistan chased down their target with 11 balls to spare and now join arch-rivals India in the last four from Group 2.

The clash turned into a virtual quarter-final after the Netherlands defeated South Africa in the opening match of the day, which resulted in India reaching the semi-finals.

Pakistan lost sleep after defeat, but made a comeback: Masood

India will take on Zimbabwe in the final Super 12 match of the tournament in Melbourne on Sunday to decide who will play in the last four. New Zealand and England qualified from Group 1.

Man of the match Shaheen, who recently missed the Asia Cup due to injury, said: “I have improved. Coming back from injury is not easy… but I am trying my best.

“As a team, we are very happy. We have played very well. Bowl and pace in the right areas was the plan.”

Pakistan bounced back from an early defeat against India and a crushing defeat to Zimbabwe to beat South Africa last week.

There was a spring in his move after South Africa’s loss early on Sunday and Shaheen struck early as a left-arm quick sent Liton Das back for 10, following Bangladesh’s decision to bat first at the Adelaide Oval.

Najmul Hossain Shanto took advantage of a respite when the usually safe Shadab Khan dropped the left-hander for 11 runs on short extras. The opener scored the top score for Bangladesh with 54 runs.

Shadab was dismissed lbw off two consecutive deliveries including Bangladesh captain Shakib Al Hasan, but he reviewed the decision and replays showed the ball was catching the bat before hitting the pad.

But the third umpire upheld the on-field call as Shakib looked stunned, waved his hand and did not want to go out.

Shakib’s wicket seemed to impress Bangladesh’s batsmen, who were suddenly dismissed and remained below the total despite Afif’s unbeaten 24.

Bangladesh lost regular wickets and Shaheen struck twice in an over and then took the fourth wicket for the first time in his T20 career.

Mohammad Rizwan, who scored 32 after missing a catch for zero, and Babar Azam, who scored 25, followed in the opening stand of 57, but Pakistan seemed to be losing their way midway.

In the next over, Rizwan fell to fast bowler Abadot Hossain as Bangladesh bounced back and dismissed Mohammad Nawaz for four.

But Mohammad Haris scored 31 runs and shared 24 runs including a 29-run stand with Shan Masood to take Pakistan to the semi-finals.