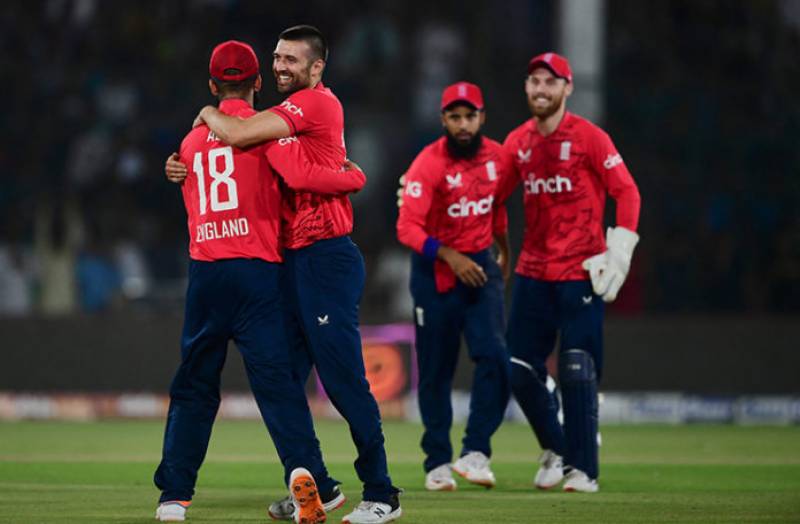 England’s middle-order batter Harry Brook took on the Pakistan bowlers and scored a quickfire 81 runs before right-arm pacer Mark Wood wreaked havoc over the Pakistan batting line-up as the touring side cruised to a resounding 63-run victory in the third T20I.

Batting first on the invitation of Pakistan captain Babar Azam, England’s batting line-up displayed a combined effort to power the side to a massive total of 221/3 in 20 overs on the back of brilliant half-centuries from Brook and Duckett.

The touring side was off to a poor start as opening batter Phil Salt (8) perished cheaply at a combined score of 18 in the third over.

Debutant Will Jacks and Dawid Malan then anchored the innings for England with a gritty 43-run partnership for the second wicket. Malan, who was struggling to score fell freely to Usman Qadir in the seventh over after scoring a snail-paced 14.

Jacks, on the other hand, who was looking solid to score a half-century on his debut, fell 10 runs short of the feat as he too, fell victim to Usman after scoring 40 off just 22 deliveries, laced with eight boundaries, while England, as a result, slipped to 82/3 in the ninth over.

Following the slump, Brook and Duckett stood up for their team and put on a match-changing partnership. The pair stitched an unbeaten 139-run partnership for the fourth wicket and scored at an astonishingly rapid pace.

Usman led the bowling attack for Pakistan with two wickets, while Mohammad Hasnain bagged a wicket.