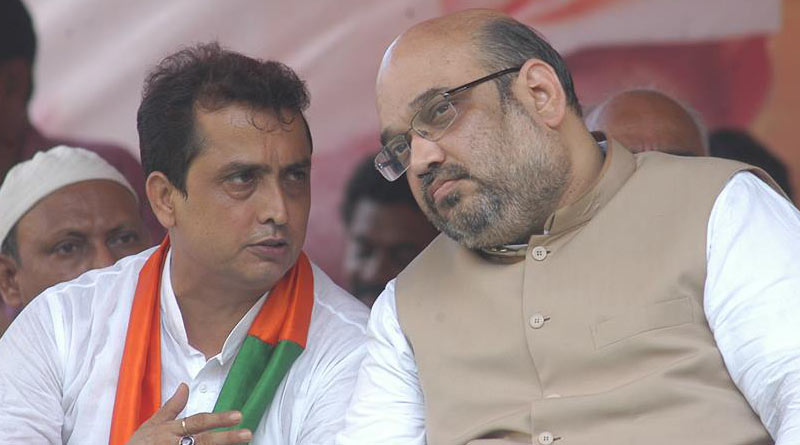 Rupayan Gangopadhyay: The old leaders will have to be called for the meeting of the working committee of the party. If necessary, the number of members of the working committee should be increased and the members of the party should be included. Such is the message of Sukant-Amitabh to Delhi to curb the party quarrels and revolts going on inside the Bengal BJP. And after this message, the ruling camp of Bengal BJP has come under pressure. However, many of the party’s old leaders will be invited to the state working committee meeting to be held in June at the behest of Delhi’s top leadership. Ritesh Tiwari, the party’s former president along with the former state president, is also reportedly being returned to the party. In that case, the suspension will be lifted.

Ritesh and Jayaprakash Majumder fired at the present state leadership after being dropped from the state office. Jayaprakash has now left the BJP and joined the grassroots. However, Ritesh did not go against the party even though he openly expressed his displeasure against the two leaders. Therefore, it is reported that this old and loyal leader of the party is being included in the state working committee. In this context, Dilip Ghosh has practically stood by Ritesh and asked for the return of the old cadres of the party. Dilip Babu said, “Such old workers should be returned to the team.”

After Sukant Majumdar became the state president, Amitabh Chakraborty, the general secretary (organization) of the party, radically changed the party from the state to the district office. Most of the old leaders were left out. As a result, the protests in the party took extreme shape. The resignation hurricane begins. Union Minister and Bangaon MP Shantanu Tagore, Union Secretary Anupam Hazra and MP Soumitra Khan openly said that the state leadership was inexperienced. Former state president Dilip Ghosh also questioned the experience of current president Sukant Majumdar. In this situation, Union Home Minister Amit Shah came to Bengal on 5 and 6 May. On the 8th, Shah held an organizational meeting with the party leadership. Central General Secretary (Organization) was BL Santosh. At the meeting of that core group at night, Sukant — Shuvendu — Amitabh was given the message to take everyone to stop the revolt.

According to party sources, the state branch has received a message from Delhi that the old leaders should be invited to the next meeting of the working committee. Panchayat elections in the state in 2023. The goal is to organize the team before that. This has made it clear to Team Amitabh that the central leadership. It has been said that if necessary, more than one person should be included in the working committee. Some of the incumbents have been given the responsibility of liaising with several disgruntled leaders of the party. Everyone wants to use the team, it is said. However, the question remains as to how much the agitated camp will respond to the meeting of the working committee.

Paithani: Born in Maharashtra, this sari is now appreciated all over the country! Find out the history of Paithani Saree Know more...

Faf Duplessis: It will be very difficult to reach the final if you do not get a place in the top-2 .. RCC captain...

Today’s Horoscope May 28: These zodiac signs including Gemini may get negative news, these people should donate black things IV News

Paithani: Born in Maharashtra, this sari is now appreciated all over the country! Find out the history of Paithani Saree Know more...

Faf Duplessis: It will be very difficult to reach the final if you do not get a place in the top-2 .. RCC captain...

Today’s Horoscope May 28: These zodiac signs including Gemini may get negative news, these people should donate black things IV News