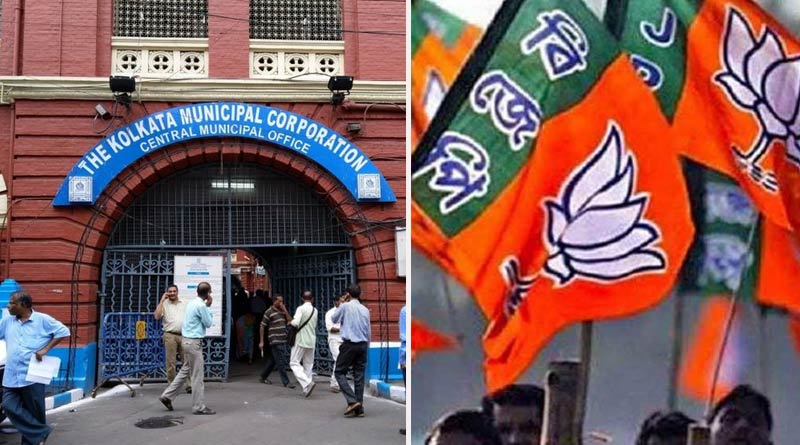 Staff Reporter: Three BJP councilors and district leaders in Kolkata Municipality met the General Manager of Metro Rail on Saturday to demand rehabilitation of those affected by the Metro project in Boubazar. And the pad on which they have written the letter has created a strong debate. The Kolkata Municipal Corporation (KMC) logo and the address of the corporation have been signed on the official pad by three councilors as well as three leaders of the Kolkata district BJP. Controversy has erupted over how the three BJP leaders signed the pad.

In this context, the chairperson of Kolkata Municipality and MP Mala Roy (Mala Roy) said, it is completely illegal and unconstitutional. On the top of the pad written ‘Pursabha BJP Samiti’ is written Calcutta Municipal Corporation. Below it is also written the address of Calcutta Corporation. Three councilors Sajal Ghosh, Meena Devi Purohit and Vijay Ojha have signed under that pad. So far so good. However, under the pad emblazoned with the municipal symbol, the three councilors are signed by North Kolkata district BJP president Kalyan Chaubey, vice-president Gulab Singh and general secretary Tamoghn Ghosh.

Question, how did the BJP leaders sign on this pad with the logo and address of the municipality? Also, there has been controversy over the printing of such pads. Even a few months after the formation of the Calcutta Purboard, the BJP still could not decide on the name of its parliamentary party leader or chief whip. Since they have three councilors. So even though they are in Namkawaste, the main opposition party is in Calcutta Municipality. But the condition of the organization is so bad that they have not been able to fix it till the parliamentary leader.

Municipal chairperson Mala Roy said, “I was not informed in a letter who is the chief whip of the BJP and who is the leader of the opposition. None of the state leaders from their center borrow the constitution. Insulting democracy. Municipal councilors are also following that path. ”

Three colors of the Indian army in the same family! New feather in the crown of Brahmajyot Navy Yoga family – News18 Bangla ...

Monkeypox: India makes another breakthrough in the medical field .. Making a testing kit to diagnose the monkeypox virus | Testing kit for...