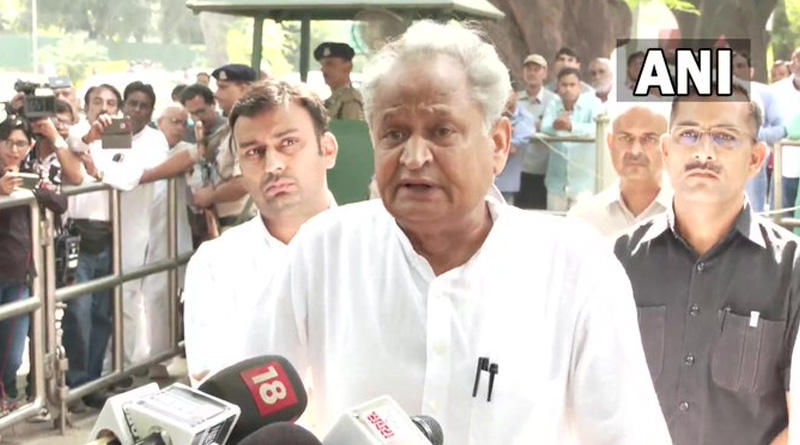 News Daily Digital Desk: Ashok Gehlot withdrew from the race for the post of Congress president. He took this decision after apologizing to Sonia Gandhi for the Rajasthan Congress rebellion. Incidentally, Gehlot was the favorite candidate of the Gandhi family for the post of President. But when the MLAs who followed him announced their decision to resign, the government collapsed in Rajasthan. Not wanting to accept Sachin Pilot as Chief Minister, the pro-Gehlot MLAs practically started a revolt. Gehlot met Sonia on Thursday and informed about his decision.

Addressing reporters, Gehlot said, “In this situation, I will not contest for the post of Congress president. I am withdrawing from this election by valuing my morals. I spoke to Sonia Gandhi. I am shocked by what happened two days ago. It was heard that so many problems have arisen because I want to be the chief minister. That is why I have apologized to Sonia.”

Gehlot also said, “I met Rahul Gandhi in Kochi and asked him to fight for the post of president. I agreed to participate in the election only because he did not listen to me. But in the current situation, it is not possible for me to contest the elections.” In that case, Gehlot secured his place as the Chief Minister of Rajasthan, according to informed circles. But Gehlot said that Sonia Gandhi herself will decide whether she will remain as the Chief Minister of Rajasthan.

With Gehlot stepping aside, Digvijay Singh and Shashi Tharoor are in the fray. Both of them are said to submit their nominations on Friday. Even though Pawan Bansal picked up the nomination form, many people don’t think he is qualified. There is a new twist in the drama of the president. Assam Congress MP Abdul Khalek raised the demand to make Priyanka Gandhi the president. He claimed that since Rahul Gandhi does not want to be the president, Priyanka is the most qualified. He belongs to a rich family. Neither is Gandhi.